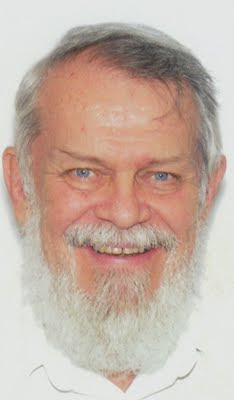 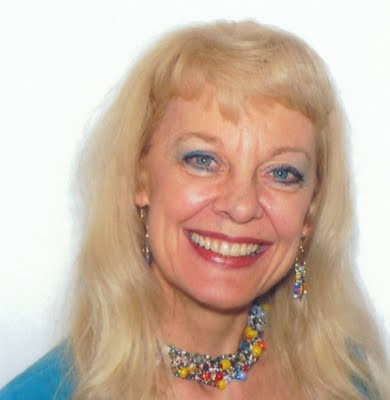 Invite you to listen in, online to:

A call in, Talk Radio program for Sentinel Radio

The focus of this week’s program will be:

Research for this program:
VIVIX: The science behind this breakthrough product

(We’re always eager for your feedback!)

Support blog for this program is at: http://www.thenaturaladvocate.blogspot.com/

WHAT ABOUT THAT GIANT GRAPE?

Everyone has heard about resveratrol and what it does, but what is so great about muscadine?Muscadine grapes are the largest grapes in nature, and are native to the southeastern US.Amazing size, isn't it? They can be as big as plums.

Something else that is special about muscadine grapes is that they are the only grape in nature with an extra chromosone. They have 20, instead of the average 19. This allows for the creation of special combination phytonutrients that aren't found in other grapes.


Muscadines are naturally high in polyphenols. Polyphenols are a family of substances with wonderful health properties, and resveratrol is just one of them. The skins are seeds are especially rich in these substances... the juice doesn't have nearly as much. And different varieties of muscadine have different levels of polyphenols.


Muscadine is rich in a polyphenol called ellagic acid. It also has derivatives of ellagic acid that were never before identified. Must be that extra chromosome.


Ellagic acid has over 900 studies about it.


Here are some results of some of the more fantabulous studies on ellagic acid:


You get the point... Let's look at muscadine. It has all the good stuff above and more. It was learned that the purple and bronze varieties had the highest concentrations of polyphenols, and so they are the most desireable to use.


Let's see what kinds of studies are available on muscadine...


* Muscadine has one of the highest antioxidant levels of any fruit.
* Muscadine shows significant anti-inflammatory properties (50% decrease in this study)I can vouch for this. With a back injury this time last year I was doing quite well. Recently I went off of our muscadine product for nearly 2 months and pain began to return. I saw a significant improvement in just days of getting back onto the product. Pain reduction back to virtually pain-free, stiffness greatly reduced.

* Muscadine skin/seed extracts may benefit people with progression of diabetic complicationsInhibition of protein glycation by skins and seeds...[Biofactors. 2007] - PubMed Result

* Muscadine skin extract most antibacterial effect on H. pylori (ulcer bacteria) of all grape skin extracts tested(One lady who used the muscadine extract, had suffered from acid reflux for over 30 years and found she no longer needed medication after less than a week. I wonder if she had this bacteria...)

Antibacterial effects of grape extracts on Helicob...[Appl Environ Microbiol. 2009] - PubMed ResultSo in summary, studies are showing that these ingredients appear to have the following attributes:

* Anti-mutagenicAnd other stuff So don't underestimate the power of a little grape...Well... not so little

Vivix, which research has proven to address all four mechanisms of aging. Our Vivix is Resveratrol Plus the unique blend of polyphenols that make Vivix 10 times more powerful than resveratrol alone. Resveratrol is miraculous and we have gone beyond Resveratrol. The purity and percentage of resveratrol in a product is also an important consideration. With The Shaklee Corporation's heritage of integrity and the most extensive clinical research, we are once again number one with the best, and it's Vivix out in front all the way.

Vivix Cellular Anti-Aging* Tonic is a revolutionary breakthrough in the fight against cellular aging. Developed after years of research by Shaklee Corporation, the number one natural nutrition company in the U.S., Vivix is the world best anti-aging supplement. In laboratory studies, Vivix ingredients have been shown to impact the four key mechanisms of cellular aging.*

Dr Maroon writes this on Vivix:“There is growing evidence that a combination of resveratrol and other potent polyphenols might provide improved health benefits due to the synergistic properties of different polyphenols from different plant sources. Shaklee Corporation, a direct selling nutrition company has recently released a product called Vivix, which is described as a cellular anti-aging tonic. It contains a multi-source polyphenol blend. In conversations with the company, they state that the blend includes 100 mg of 98 percent pure resveratrol from Polygonum cuspidatum long with a proprietary extract derived from the fresh pomace of muscadine grapes (Vitis rotundifolia) The company recommends 5ml per day of Vivix, which they state is equivalent to the amount of resveratrol found in 100 glasses of red pinot noir red wine. The muscadine polyphenols in this blended product along with the added resveratrol, European elderberry extract, and purple carrot extract will increase the total overall polyphenol content of this product. A month's supply will cost a member $85.00. In Shaklee's accompanying literature for Vivix, they state that the Vivix ingredients were shown in a laboratory study to be 10 times more powerful in slowing a key mechanism of aging than resveratrol alone."

Also, on Page 70, the author expands on the value of the muscadine grapes and the advantages over European grapes.

"Muscadine grapes are native to North America, and may be the only fruit that originated in the United States and nowhere else. They grow almost exclusively in the southeastern United Sates. They thrive under adverse conditions, perhaps due to their thicker and tougher skins compared to European grapes....muscadines have an extra chromosome (twenty instead of the nineteen other grapes have). These additional genes allow muscadine grapes to produce a unique phytochemical, ellagic acid. The ellagive acid polyphenol compounds that are in muscadine grapes are virtually absent in other grapes. Ellagic acid is used by the muscadine grape skin to make tannin called ellagotannins, whichis used as an antimicrobial by the plant. Ellagic acid also has powerful antioxidant and anticancer properties....the polyphenols in muscadine grape skins have been shown to have positive effects in heart disease, high cholesterol, diabetes, metabolic syndrome, and other inflammatory conditions. One of the more interesting effects of muscadine products appears to be their inhibition of AGE protein formation."Continuing, the author states:"


Recently, a large nutrition, direct selling company, Shaklee Corporation, working with scientists from the University of Georgia, has created a product containing an extract made from muscadine pomace which is the remaining fruit solids after the water content is extracted. Specifically, they are working with muscadine grape growers in order to secure grapes with large amounts of protective polyphenols including ellagic acid and resveratrol. By selecting muscadine grapes and by using a whole grape extraction process, they have reported that their extract has a significantly higher concentration of healthy polyphenols than found in the skins themselves."

The above are excerpts from the book "The Longevity Factor" The author Joseph Maroon, M.D. FA.C.S. studied medicine at Indiana University, and Oxford University.

A 30 day supply of Vivix delivers the equivalent amount of resveratrol found in 3,000 glasses of red wine, and Vivix ingredients are 10x more powerful in slowing a key mechanism of aging than resveratrol*.

Posted by Sam and Bunny Sewell at 3:13 PM