Do you really want that government flu shot?

Would you rather choose the natural solution to Immune Heath, or do you prefer the government flu shot?
Vitamin D, the Flu and You
Research has shown that lack of vitamin D is associated with weaker production of an antimicrobial peptide called hCAP-18, a protein that works with immune-system cells to kill pathogens. Thinking now is that if you're exposed to a virus when you have sufficient vitamin D, those cells will be better equipped to fight off that organism so you will be far less apt to be infected.
According to Dr. Ginde an attending emergency physician at the University of Colorado Hospital and Assistant Professor at the University of Colorado Denver School of Medicine, "in people with vitamin D deficiency, it's possible that those cells don't work as well, so you're more likely to get a cold or flu infection or something, more often and more severe."
Why is the flu and cold season winter time? That is true for both hemispheres. For those in the North December, January, and February is flu and cold season. For those in the South June, July, and August is when people get flu and cold infections. This is because, as sunlight hours lessen during the winter and people become vitamin D deficient, their immunity systems weaken, and they are more susceptible to infections of all kinds.

Vitamin D is an important way to arm the immune system against disorders like the common cold, report investigators from the University of Colorado Denver (UC Denver) School of Medicine, Massachusetts General Hospital (MGH) and Children's Hospital Boston.

In the largest and most nationally representative study of the association between vitamin D and respiratory infections, people with the lowest blood vitamin D levels reported having significantly more recent colds or cases of the flu. The risks were even higher for those with chronic respiratory disorders, such as asthma and emphysema. The report appears in the February 23 Archives of Internal Medicine.
"The findings of our study support an important role for vitamin D in prevention of common respiratory infections, such as colds and the flu," says Adit Ginde, MD, MPH, UC Denver Division of Emergency Medicine and lead author of the study. "Individuals with common lung diseases, such as asthma or emphysema, may be particularly susceptible to respiratory infections from vitamin D deficiency."

While vitamin C has been used for the prevention of colds and other respiratory disorders for decades, little scientific evidence supports its effectiveness. In contrast, in recent years evidence has accumulated that vitamin D – most commonly associated with the development and maintenance of strong bones – plays a key role in the immune system. Evidence has implicated the wintertime deficiency of vitamin D, which the body produces in response to sunlight, in the seasonal increase in colds and flu; and studies have suggested an association between low blood levels of vitamin D and a higher risk of respiratory infections.

The current study analyzed data from the Third National Health and Nutrition Examination Survey (NHANES III), conducted by the National Center for Health Statistics. Participants were interviewed in their homes regarding their health and nutrition, and most participants also received a physical examination that included collection of blood and other samples for laboratory analysis. The research team analyzed blood levels of 25-hydroxyvitamin D (25OHD) – the best measure of vitamin D status – from almost 19,000 adult and adolescent NHANES III participants, selected to be representative of the overall U.S. population.

Study participants with the lowest vitamin D blood levels – less than 10 mg per milliliter of blood – were about 40 percent more likely to report having a recent respiratory infection than were those with vitamin D levels of 30 or higher. The association was present in all seasons and even stronger among participants with a history of asthma or chronic obstructive pulmonary disease (COPD), including emphysema. Asthma patients with the lowest vitamin D levels were five times more likely to have had a recent respiratory infection; while among COPD patients, respiratory infections were twice as common among those with vitamin D deficiency.

"A respiratory infection in someone with otherwise healthy lungs usually causes a few days of relatively mild symptoms," explains Carlos Camargo, MD, DrPH, MGH Department of Emergency Medicine and senior author of the study. "But respiratory infections in individuals with an underlying lung disease can cause serious attacks of asthma or COPD that may require urgent office visits, emergency department visits or hospitalizations. So the impact of preventing infections in these patients could be very large."
"We are planning clinical trials to test the effectiveness of vitamin D to boost immunity and fight respiratory infection, with a focus on individuals with asthma and COPD, as well as children and older adults – groups that are at higher risk for more severe illness," Ginde says. "Many Americans also need more vitamin D for its bone and general health benefits. Clinicians and laypeople should stay tuned as this exciting area of research continues to expand."

A Natural Triple Layer of Protection
from flu and colds

ONE - Vita-Lea or Vitalizer 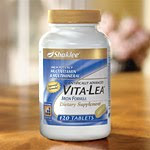 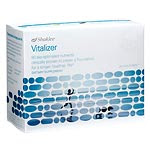 Based on the latest nutrition research findings, Shaklee scientists have now enhanced Vitalizer and Vita-Lea with higher levels of vitamin D3.
Higher levels of Vitamin D3 are clinically supported and proven to significantly raise vitamin D levels in the blood.
Not only is vitamin D essential for strong bones, cutting edge research findings link higher vitamin D levels to bone and heart health, immune and cognitive function as well as the retention of normal blood sugar and blood pressure levels. 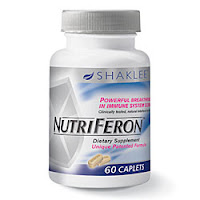 Patented, clinically proven blend of immune-strengthening plant extracts.
Created by the Discoverer of Interferon
World-renowned immunologist Dr. Yasuhiko Kojima first discovered interferon in 1954, while he was conducting research at Tokyo University. After 40 years of painstaking research, testing hundreds of natural compounds, he developed a unique blend of four powerful plant extracts that boosts the body’s natural production of interferon.*
Naturally Increases Levels of Interferon*
Scientists and medical communities have identified interferon as critical to healthy immune function. NutriFeron is the only dietary supplement in the U.S. created by the discoverer of interferon that naturally increases the production of interferon in the body.*

This potent-yet-safe phytonutrient blend provides immune support right at the cellular level. Studies have shown the extraordinary health and immune protection benefits of NutriFeron’s proprietary blend of four plant extracts.
Exclusive Patented Formula
NutriFeron is available only through Shaklee. This unique patented formula is a Shaklee exclusive. A powerfully effective supplement, it has exceeded a stringent set of scientific tests for safety, purity, potency, and performance. 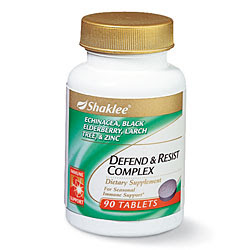 
And as a bonus health boost, Vitamin “D” is good for many more things than a stronger immune system
BREAKING RESEARCH SHOWS VITAMIN D LINKED TO HDL CHOLESTEROL

Research supported by Shaklee Corporation, the number one natural nutrition company in the U.S., shows that a lower blood vitamin D level is associated with metabolic syndrome and other risk factors for cardiovascular disease.

The study results were presented at the National Lipid Association Annual Scientific Sessions in Miami, Florida and suggest an important role of vitamin D nutrition for maintaining cardiovascular health.

“I am so proud to be associated with a company whose heritage has always been about improving people’s health and well-being. It’s very exciting that Shaklee has helped to bring this important research to the world, say Independent Shaklee Distributors, Sam and Bunny Sewell “The findings may have significant public health implications related to new understanding about benefits related to vitamin D supplementation,” adds Bunny.

Kevin C. Maki, PhD, the study’s Principal Investigator and the Chief Science Officer of Provident Clinical Research, Glen Ellyn, IL, says, “Results from population studies suggest that a low serum vitamin D concentration is an independent risk factor for cardiovascular mortality, but this is the first study to evaluate the relationship between vitamin D status and cardiovascular risk factors in a group that includes a large number of vitamin D supplement users.” He continues, “Additional research is warranted to assess whether increasing vitamin D intake will improve the metabolic cardiovascular risk factor profile.”

Please contact us for free nutritional counseling or for more information, contact Sam or Bunny at The Natural Advocate bunnysam@bestselfusa.com
# # #

Founded more than 50 years ago, Shaklee has been a leading provider of premium-quality natural nutrition products, personal care products, and environmentally friendly home care products. In 2000, Shaklee became the first company in the world to be Climate Neutral™ certified to totally offset its CO2 emissions, resulting in a net-zero impact on the environment. With a robust product portfolio, including over 50 patents and patents pending worldwide, Shaklee has more than 750,000 Members and Distributors worldwide and operates in the U.S., Mexico, Canada, Japan, Malaysia, Taiwan, and China.

For independent third party immunity research, go to this site:
http://www.immunityfacts.com/
Posted by Sam and Bunny Sewell at 10:36 PM