Editor Note:  And other good stuff scientists haven't discovered yet.


UK researchers have found that high doses B-vitamins – including folic acid, vitamin B12 and vitamin B6 – can slow down brain tissue atrophy, a wasting process associated with Alzheimer’s disease.
David Smith of the University of Oxford, and colleagues, used randomised controlled trials to test the long-term effects of B-vitamins on the brain health of elderly people with mild cognitive impairment, who were classed as having an increased risk of dementia. They found the brains of those treated with B-vitamins shrank less over a two year period than those given a placebo, and experienced less atrophy in regions of grey matter especially vulnerable to Alzheimer’s.
They also showed that the supplements effectively reduced blood concentrations of homocysteine, high levels of which have been linked to Alzheimer’s and cognitive impairment.
The work suggests addressing non-genetic aspects of Alzheimer’s may identify better treatment options. Alzheimer’s is the most common cause of dementia, with over 25 million sufferers worldwide. Several potential treatments have failed in recent clinical trials.

Posted by Sam and Bunny Sewell at 1:24 PM No comments:

http://www.natureworldnews.com/articles/2036/20130522/low-calorie-diet-protects-brain-cells.htm
Posted by Sam and Bunny Sewell at 6:42 PM No comments:

Thanks for helping make our book #2! Free shipping on all orders from us this month! Perfect for Mother’s/Father’s Day! (Details below) 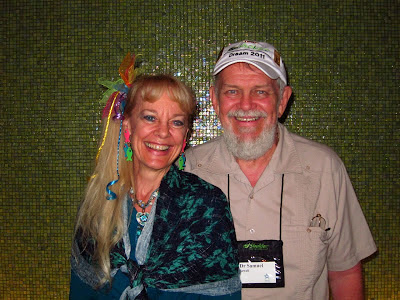 Sam and
Who do you know with heart issues?
Read Sam & Bunny’s story of triumph over adversity!
Doctors, drugs and surgery are not always the best answer!
Includes LANDMARK STUDY, and
scientifically validated Total Life Saving Regimen available at:
http://thenaturaladvocate.blogspot.com/2011/08/my-total-life-saving-regimen-from-i.html

Sam went from “NEEDING A HEART TRANSPLANT”
to walking 4 miles a day, with NO Drugs or Surgery!

>>>      You can buy personally autographed copies of our book  <<<
“I FIRED MY DOCTORS AND SAVED MY LIFE”
Healthy, Natural Alternatives to Drugs and Surgery
by calling: 239/591-4565 ($20ea + $5 S/H) FREE SHIPPING in MAY!
or email requests to: bunnysam@bestselfusa.com
(Contact us for quantity discounts)
()

PDF download copies ($12.50) can be sent instantly to you or to friends,
so you can begin reading right away!
View videos at: www.ifiredmydoctors.blogspot.com
Read our famous Chapter 16 on Stress Management at:
www.stressmood.blogspot.com
Information also available at www.bestselfusa.com

For before and after pics of Sam, who lost over 100#,
go to: http://bestself.myshaklee.com/us/en/about.html

Feel free to share all the informative links on our
Health Sciences blog: www.thenaturaladvocate.blogspot.com

Email us if you would like to be added to our email list of article updates…
bunnysam@bestselfusa.com
Posted by Sam and Bunny Sewell at 3:55 PM No comments: