It’s not a term that flows trippingly off the tongue: orthomolecular pharmacology. But its meaning has had tongues wagging for years. It has fed an entrenched disagreement about the best way to prevent illness and treat disease.

On one side of the table is the traditional medical establishment, where the muscle and money is behind prescription drugs.

On the other are the herbalists and natural health practitioners, where less money and muscle are behind vitamin supplements and organic foods.

The latter’s position is clear in the documentary “Food Matters,” shown recently by Sam and Bunny Sewell, directors of Best Self USA, a holistic health company in North Naples. 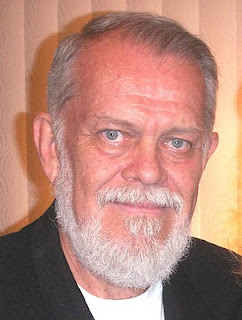 For more on Sam Sewell’s story, go to http://ifiredmydoctors.blogspot.com/

Its premise is a statement by Hippocrates, considered the founding father of modern medicine: “Let thy food be thy medicine and thy medicine be thy food.”

The film contends that reliable studies show large doses of vitamin C have cured cancer, that megadoses of niacin have cured depression — in Alcoholics Anonymous founder Bill Wilson, among others — and that two handfuls of cashews are as mood-elevating as a standard dose of Prozac.

But the problem starts well before a person shows symptoms of illness. Charlotte Gerson, the daughter of Max Gerson, the German doctor who claimed an ability to cure cancer through diet, founded an institute in his name. It advocates a diet grown in nutrient-rich soil, which Gerson said is nearly nonexistent at most farms.

“Soil requires 52 minerals to grow (nutritious food),” Gerson says in the film. But many of those substances are missing. “So farmers turn to chemical compounds for solutions, like pesticides and growth stimulants.” Then we cook the food, which kills the beneficial enzymes.

The result is chronic malnutrition. And malnutrition leaves us susceptible to disease. Film experts wonder aloud why serious diseases are treated with surgery, radiation and chemotherapy, but not nutrition.

The problem is that doctors’ main source of information about drugs comes from the highly profitable pharmaceutical companies, said Fort Myers herbalist and natural health practitioner Jim Occhiogrosso. They’re the first to point out that the Food & Drug Administration does not regulate vitamin supplements, so the amounts of substances in the supplements can vary widely.

That’s true, said Occhiogrosso, and taking supplements from an unknown or unresearched source can be dangerous. But reputable health practitioners and supplement manufacturers do exist.

He uses sites such as consumerlab.com and supplementwatch.com to stay on top of any negative reports. He passes those along on his Web site, www.healthnaturallytoday.com

Both have noticed a growing interest in non-pharmaceutical approaches to health and healing in the past few years.

“But the generation that grew up with the M.D. as a god, oh my gosh are their minds closed,” Sewell said

Middle-age and younger people are beginning to realize the value of supplements, said Occhiogrosso. They’re generally cheaper and have fewer side effects, he said.

“People will watch TV and see an ad for a new drug that says ‘Run to your doctor and ask about it.’ And then the next says, ‘If you were harmed by it, call 1-800-BAD-DRUG.”

Consumer Reports’ September issue contains a cautionary article about dietary supplements, which Americans reportedly paid $26.7 billion for in 2009. The magazine identifies a “dirty dozen” to avoid due to recent or ongoing reports of adverse effects.

• Comfrey, also blackwort, common comfrey and slippery root. Has been linked to liver damage and cancer.

Among arguments in the documentary “Food Matters” are these reasons to take vitamins and eat raw, organic food:

• Most food we buy is at least a week old and therefore has lost considerable nutritional value, said Dr. Victor Zeines, a holistic dentist and nutritionist in New York.

• The food we eat is full of “pesticides, herbicides, fungicides and larvacides,” said David Wolfe, an expert on raw foods and superfoods.

• The body reacts to cooked food as if it is a toxin, and reacts by attacking it with white blood cells, said Wolfe.

• 26 percent of hospitalized patients are more malnourished when they go home than when they arrived, said Dr. Ian Brighthope, President of the Australasian College of Nutritional & Environmental Medicine.

• Although statistics from the government and advocacy groups might seem to show that the cancer death rate has declined over the past few decades, the difference is merely in the definition of survival. Counting survivors as those who live for five years after diagnosis does not take into account those who die from cancer more than five years later. That seems to suggest that the $200-billion-a-year cancer treatment industry isn’t doing much good, said Charlotte Gerson of the Gerson Institute.
~~~~~~~~~~~~~~~~~~~~
See Video Here:
http://bestself.myshaklee.com/us/en/whyshaklee.html#/unique
Posted by Sam and Bunny Sewell at 1:10 PM